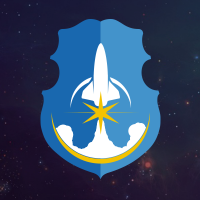 Teleprompters, also known as autocues, have been around for over 70 years and have played a crucial role in the world of television and public speaking. Originally invented to help news anchors read their scripts with confidence and clarity, teleprompters have evolved into versatile and indispensable tools for anyone looking to deliver a presentation, speech, or video with ease and professionalism.

The history of teleprompters began in the 1950s, when a television director named Hubert Schlafly invented a device that allowed news anchors to read their scripts without the need to memorize every word. Known as the “TelePrompTer,” this groundbreaking invention used a large mirror to reflect a script onto a transparent glass screen, allowing the anchor to read the script while maintaining eye contact with the camera.

Over the years, teleprompters have undergone several major innovations and improvements. In the 1960s, the TelePrompTer Corporation introduced the first portable teleprompter, allowing news anchors to use the device on location. In the 1980s, the company introduced the first computer-controlled teleprompter, allowing users to easily adjust the scrolling speed and direction of their scripts. And in the 1990s, the rise of digital technology paved the way for the development of teleprompter software, allowing users to easily import and control their scripts on a computer or mobile device.

Today, teleprompters are used in a wide range of industries, from television and public speaking to corporate presentations and video production. With their ability to help users deliver their scripts with confidence and clarity, teleprompters have become indispensable tools for anyone looking to communicate effectively and professionally.

Overall, the history of teleprompters is a fascinating story

Power Prompter is a modern teleprompter application for the Mac. Specially designed for small teams and solo content creators.

The history of teleprompting was last modified: December 4th, 2022 by Leon